Our objective is to return capital to our investors. Acorus is made up of a diverse team of individuals with an extensive career history in those markets.
In Africa we leverage our networks of highly influential African business leaders and entrepreneurs to provide operational expertise and contribute to company growth. In Asia we focus on including targeted partners in our transactions to boost growth further.
The investment advisory team is located in Hong Kong which is the ideal crossroads to deliver on the Asia and Africa pillars of our investment thesis. 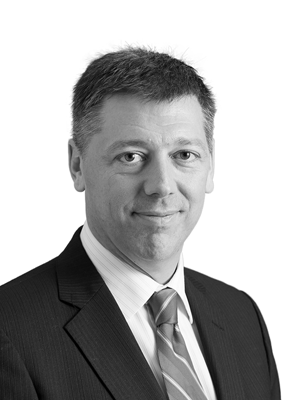 As Acorus’ Chairman Andrew is an invaluable resource in directing strategy related to China and has helped solidify the Chinese pillar of our Investment thesis. He has a first-hand understanding of the dynamics that govern Chinese private sector outbound investment. Andrew is a resident of Hong Kong.

Andrew is currently an Executive Director of the Hanhong Group and CEO of Hanhong Private Equity (Hong Kong), a Chinese private equity firm (hanhongpe.com). Hanhong’s funds have raised US$ 1bn and invest in financial services in China and offshore in natural resources including oil & gas, gold and other resources critical to China’s development. Andrew is charged with the internationalisation of the Han Hong Group’s profile and growing offshore investments and AUM. 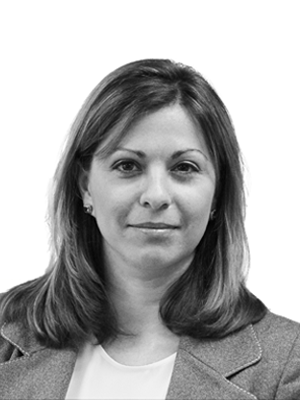 Maxine is the CEO and CIO of Acorus Capital which she founded in 2011. Her South African background combined with 10 years working in Asia provided a unique opportunity to observe the early and growing trend of China’s expansion in South Africa. Maxine is experienced in developing investment platforms and has a track record of delivering high returns. She oversees the different pillars of Acorus investment thesis, drives the team, and allocates resources. A strongly motivated individual, she is quick to identify areas of development and delivers through a deep China and Africa network.

Prior to this Maxine had established a 13 year career in investment banking specializing in trading and risk management in equity derivatives. She was responsible for starting BNP Paribas’ South African warrant platform and then managed their South Africa and emerging markets portfolios from 1999-2004. She was asked to develop similar businesses initiatives in Hong Kong for local and regional markets to address growth in Asia in 2004 for RBS, Credit Suisse and Lehman Brothers. 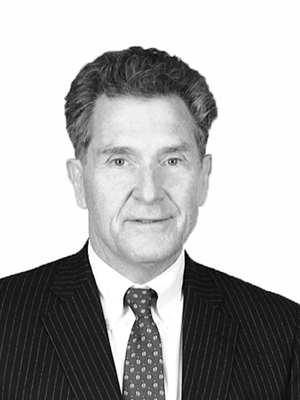 Tony was an early participant in the China-Africa investment space working as the Africa advisor since 1996 to a large family office in Hong Kong. Tony has been working as a commercial lawyer and business consultant in Africa for 35 years. His career has taken him across the length of the continent and into both public and private sector transactions. Tony has built up an extensive network in Africa which is extremely valuable to Acorus and accounts for Tony’s strong deal origination. His sector strengths are in agri-business, health care, construction and mining. The countries where he regards his relationships to be the strongest are Ethiopia, Ghana, South Africa and Botswana.

In addition to his role at Acorus Tony is also Vice President of Manchester Trade Limited which serves businesses that have a stake in guarding against, reducing, or eliminating government-imposed obstacles to international trade and trade-related transactions in Africa. It has successfully shielded its clients from excessive import duties, costly customs entry procedures, import quotas, and a myriad of other non-tariff barriers to trade and investment flows. Tony is an adjunct professor at School of Advanced International Studies, Johns Hopkins University, and Senior Associate at the Center for Strategic & International Studies.

He has served on the Africa advisory boards at EXIM Bank, OPIC, USTR and was also a congressional nominee to the Board of the Millennium Challenge Corporation. 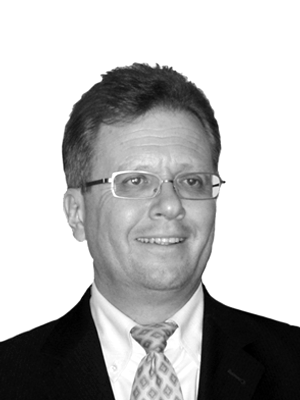 Before to joining Acorus, Pierre served as the European General Partner of ABS ventures, a spin-off of Deutsche Bank’s private equity venture business, and managed 3 vintages to successful exit. Prior to this Pierre spent 17 years at Deutsche Bank London and Frankfurt notably as the global head of the risk management group. Pierre Suhrcke has been on the board of a number of companies in the US and Europe. Among them RiskMetrics, the global leader in Financial Risk Analytics for Banks and Hedge Funds, Treman the leading risk and treasury management company.

Magnus Mchunguzi, 46 is a seasoned executive who has worked in the telecommunications industry for over 20 years. He has worked with the likes of Ericsson, Siemens, and also had a stint on the operator side culminating in him becoming Deputy CTO. Magnus has been involved in the ICT sector since 1993 and has been part of the journey the continent has travelled over the period from less than 1% penetration to over 50% penetration today.

Magnus recently left Ericsson after almost 15 years of diligent service to pursue his own business interests, primarily in the technology sector.

Magnus holds a Bachelor’s degree in Computer Science from Reading University in the UK and has attended numerous lectures and studies at leading Universities of the World.

Maxine is the CEO and CIO of Acorus Capital which she founded in 2011. Her South African background combined with 10 years working in Asia provided a unique opportunity to observe the early and growing trend of China’s expansion in South Africa. Maxine is experienced in developing investment platforms and has a track record of delivering high returns. She is oversees the different pillars of Acorus investment thesis, drives the team, and allocates resources. A strongly motivated individual, she is quick to identify areas of development and delivers through a deep China and Africa network.

Prior to this Maxine had established 13 year career in investment banking specializing in trading and risk management in equity derivatives. She was responsible for starting BNP Paribas’ South African warrant platform and then managed their South Africa and emerging markets portfolios from 1999-2004. She was asked to develop similar businesses initiatives in Hong Kong for local and regional markets to address growth in Asia in 2004 for RBS, Credit Suisse and Lehman Brothers. 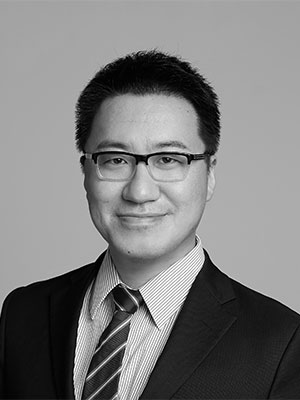 Brian is responsible for all Acorus business activities in China from Beijing. He sources commercial and strategic partners for our African investments and then manages and intermediates those relationships during the time we are invested. Brian is especially talented in the structuring and negotiation of our China-Africa partnerships which allows all parties to have clear responsibilities and performance targets. Brian’s sector experience is in TMT, Agri-business and infrastructure. He has worked in 10 African countries and regards South Africa, Ethiopia, Nigeria, Ghana and Tanzania as his strongest.

Brian has been dedicated to China-Africa investment since he joined the sovereign fund for African investment in 2010. There he conducted due diligence and post investment risk monitoring of twenty transactions over a four year period and is a Member of the Portfolio Strategy Group. Prior to this, Brian was part of the risk management group at Royal Bank of Scotland in London. 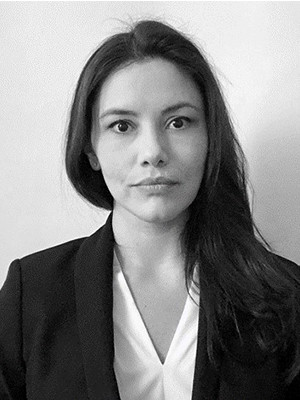 Alessandra is a corporate and commercial lawyer with more than 10 years of experience in international transactions. She serves as the in-house legal counsel of Acorus where she coordinates and supervises the operations with regards to the legal elements of the business. She also manages the legal due diligence process performed by Acorus on behalf of its clients in assessing the suitability of private equity risks. Alessandra is a Colombian attorney and solicitor of England & Wales.

Following her passion for the practice of law in international business settings Alessandra relocated to South East Asia in 2014, where she worked for five years as senior associate in a law firm with presence in five Asian countries. In this position she structured, negotiated and completed several “first-of-a-kind” projects in areas such as telecommunications, real estate, energy and infrastructure for foreign investors doing business across the continent. Alessandra’s clients recognize her for her ability to develop strong relationships and adapt to their particular needs, while providing assertive and practical advice. Her unique career track and skills make her an invaluable member of the Acorus team. 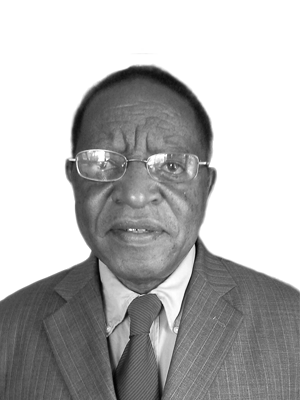 Dr Suruma has hands on public and private sector investment experience in agribusiness, transport and tourism sectors and extensive track record in East African banking.
Dr Suruma has over 25 years of experience in formulating economic stabilization and development policies for Uganda. A former minister of finance and planning for Uganda 2005-2009.He served for five years in Central Bank of Uganda as Deputy Governor. He was head of management restructuring overseeing the overhaul of Uganda Commercial Bank (now Stanbic Bank). 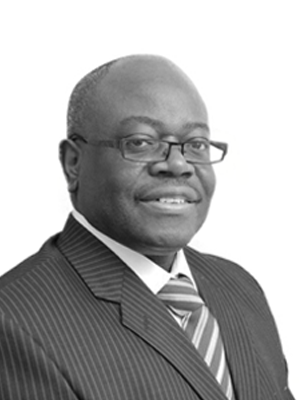 Justin Chinyanta is founder and Chairman of the Loita Group a pan-African investment banking firm. Justin is a specialist in the financial markets of Sub-Sahara Africa with over 25 years of professional experience in commercial and investment banking, and has played a leading role in developing African capital markets particularly in East and Southern Africa, pioneering debt paper structures for issuers and structuring trade and project facilities for Loita’s various clients in the region exceeding USD 3 billion.

A former vice President at Citibank and HSBC’s Africa Regional offices, Justin, a barrister with an LLB degree from the University of Zambia, is a graduate of the Fletcher School of Law and Diplomacy (Tufts University) and Fellow of Harvard University’s Weatherhead Center for International Affairs. He serves as Vice Chair of the Zambia Bond and Derivatives Exchange (BADEX) as well as Executive Vice President (Southern Africa) for the Africa Business Roundtable and is one of the pioneer members of General Colin Powell and Ms Madeleine Albright’s Initiative for Global Development Frontier 100 CEOs. He is on the world-wide boards of Junior Achievers International and Orphan Support Africa and has been an honorary member of the President of Zambia’s International Business and Advisory Council. Justin is a Zambian national residing in South Africa. 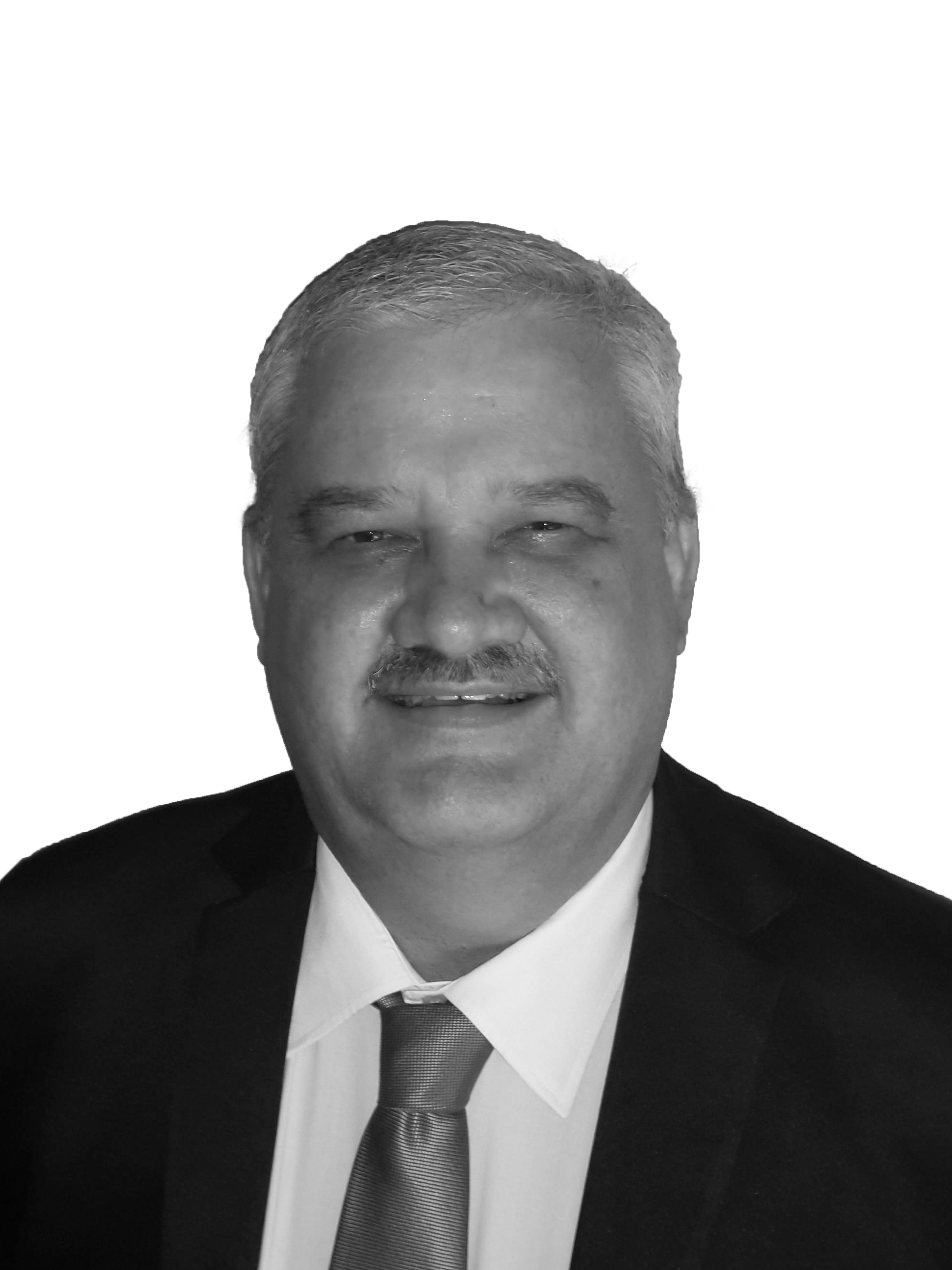 Ted Blom is an independent energy and mining consultant. In the Energy sector Ted has notably consulted for Eskom where he won the Eskom Award in 2008. (Eskom generates approximately 95% of the electricity used in South Africa and approximately 45% of the electricity used in Africa). He has also identified and consulted on 20 different coal mining projects in Southern Africa, including initial feasibilities on CBM and Underground Coal Gasification Ted has also consulted and explored projects and proposals involving most minerals found on the African Continent, including Gold, Nickel, Silver, Platinum, Manganese, Aluminium, Graphite, Diamonds, Titanium, Chrome and assessments of industrial minerals.

Before starting his company “Mining and Energy Advisors” Ted was Senior Manager of Finance at Gencor South Africa.